Nearly 72 and giving it large

Thursday delivered another good day and this morning ( Friday ) was a great morning. There was a ground frost at 100m,s and the tops were clear. The snow high up I would imagine would be good, a nice day for easy gullies, ridges and walking over the tops.

However, it is supposed to turn this afternoon, with temps above the tops well into Monday. Only time will tell if any snow holds in but it looks doubtful.

Gaz Davies from ( Summit to Sea ) went up to Fynnon Lloer on Thursday with James and Phil. Still lots of old snow that had consolidated and started to freeze mainly above 800 m. Some new snow fell during the day, mainly as graupel. They played around on some rocky steps (practicing coaching mixed moves ) then dropped back down to climb left-hand y gully.
Another fun day.


Even more impressive was Huw and his mate Cled Jones, who is almost 72. If I am out on the hill at that age, let alone mixed climbing I will be well happy. They were on Clogwyn y Person Arete on Thursday. They were expecting to find wet snow at best but were presently surprised, the rock was all quite verglassed and was noticeably riming up as the afternoon went on. Higher up the route the snow became quite firm where the wind has got at it, crampons were definitely needed along the ridge to Crib y Ddysgl. There seemed to be a lot of snow on the trinity face though. 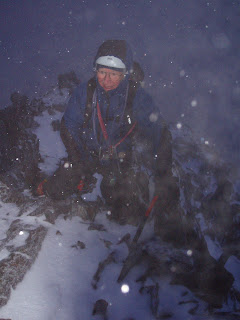 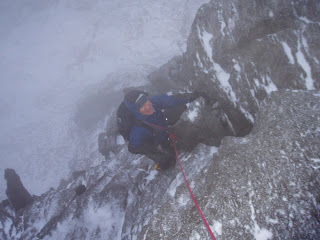 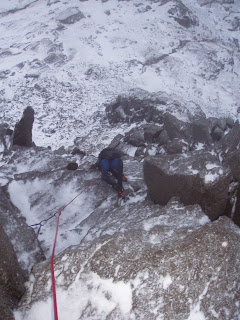 Seems like there is no stopping Hugh and Cled. You would think at 71 you would need a day off, not this chap he is mad for it. Today ( Friday ) they climbed Tower Rib in Cwm Cniefion. Snow was good, turf was good enough and ice was forming. 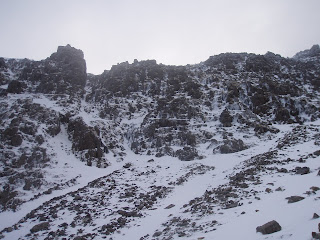 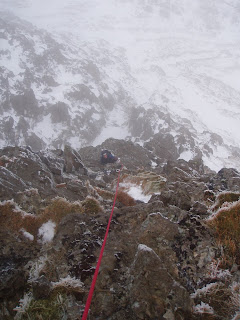 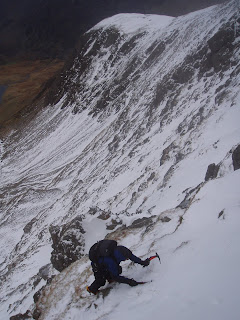 Posted by Mark Baggy Richards at 10:31