Up dates on New Routes

As promised a few more pictures of Birdsong, the new route on the ladders put up by Adam and Dave this Monday. Speaking to Adam it was obvious that they were pleased with their new route, which is understandable considering how good the pitches sound and the type of terrain one can encounter on this crag. 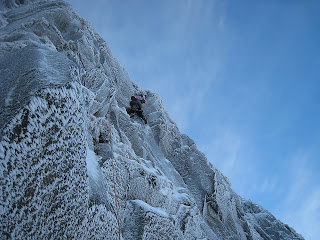 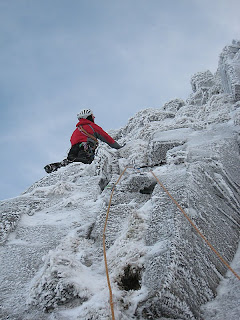 Also, as promised, a few pics of the Booth lads who climbed a variation on El Mancho's first pitch and called it Mankini

Assuming your near the top of the ramp, Mankini starts up Blenderhead ( VII-8) and where this breaks out left up to it's first belay, Mankini carries on up and right up to join El Mancho at it's first stance. This variation is given VI-6. 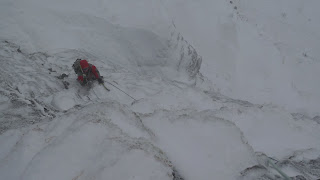 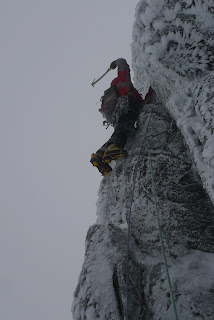 Some other news of a new route is off Olly Sanders. Titanal 20m II 30m IV was first climbed in March 2008 by Olly Sanders, Gareth Davies and Miss Lissie Smith. So keep your eyes open next time your on your way to the Trinity Face and grab a second ascent. This is accessed from the PYG track on is this side of the Grib Goch Ridge. 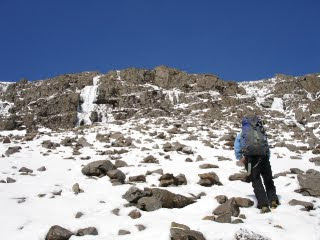 Olly on pitch 2 of Titanal 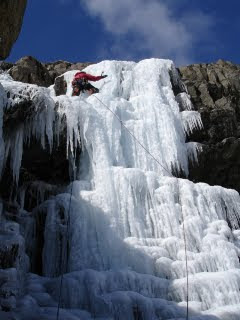 Posted by Mark Baggy Richards at 09:30