Reports in from a man called Al Leary and I thought that as winter had arrived he had gone into hibernation. But no, he has been out and sent me these pictures of him and Bryn Williams lapping up the great winter climbing conditions as he put it.

Maybe the frost the other day got to him or maybe he recently had a proper day out climbing and is still recovering from it !! 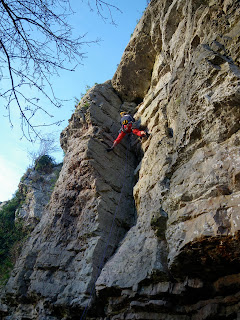 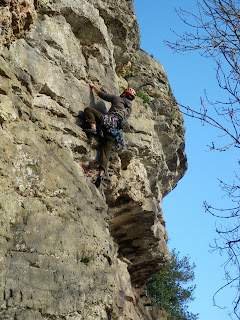 Any way, with good weather since Friday, alongside frosts over the last few days, reports of turf being hard high up and with snow forecast this week , it could be a return to WINTER Mr Leary.
Posted by Mark Baggy Richards at 21:26