Now is the time to Ave IT

The time is here, the time to get out, bunk off work, sell some brownie points do whatever is takes.

There is quality neve on the hills and in the Gullys, its cold,  the weather looks good for the next 2-3 days, all the soft snow has gone, so get out there and enjoy if you can.

Admittedly the most off the crags are black, I say most, so the hardy mixed boys and girls may be disappointed, but hey go for a cruise.

Big Tim with Big Dave !! took a timely visit to Snowdon and was rewarded with good neve.

They did the Girdle and a few other routes reporting a mixture of good neve and not so good neve, so pick your routes and be ready for some poor snow on route.  Many of the easier gullies had bomber neve. 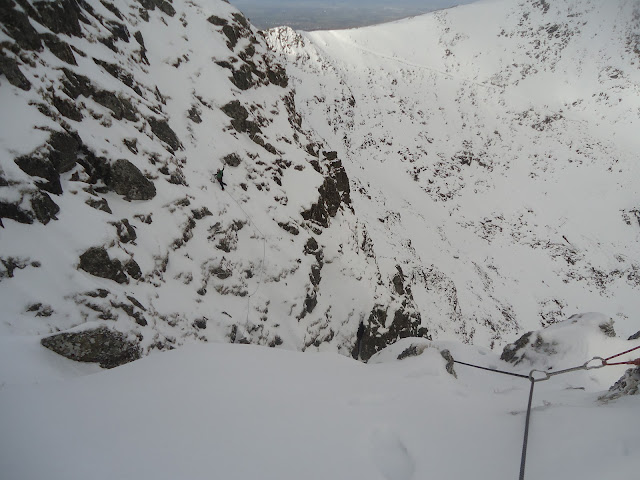 The next e mail, is the biggest surprise of the season so far. Al Leary out in winter , when it is dry and sunny. I had heard he had took a turn for the worst !!!! maybe for the best if this is what he decides to do. Mind you that turn was over 20 years ago.

long time no hear ; are you still out there ?

I persuaded the wife to go cragging at The Gold Coast on Saturday ( and quite nice it was too, until the rains arrived : however........., that meant I once again !! had to come out and accompany the wife into " The Badlands" !

As a result, I can offer your blog a quick, amateur's opinion of current snow conditions on Y Garn.

In general, the snow in the gullies is pretty good, especially as height is gained. Gullies A,B, ( the initial section of C, then shuffling out left a bit  ) and Banana Gully are well stomped; however ,if you step off the beaten track, then the snow tends to be a bit soft and hard going.

Bit of a chilly wind blowing on the summit, but rather fine views were to be had all round ; felt a bit over-equipped though ( especially in the footwear department ! ),  when the fella in the wells came past me. 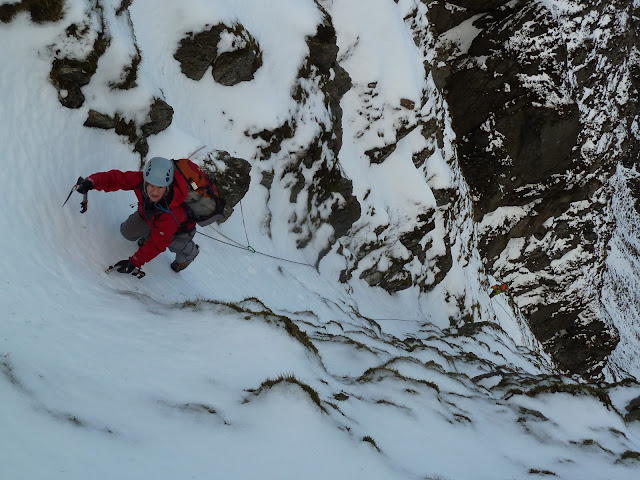 Spotted by Al on the near the summit. Some would say foolish ! Mind you cheaper than a new pair of modern boots. not sure what crampons would fit ?

To be fair the chap is a liability to the folk that might have to rescue him. 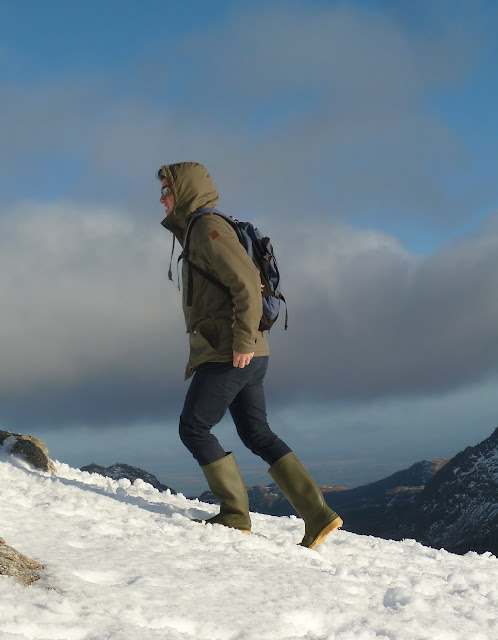 Coming off the top of Y Garn 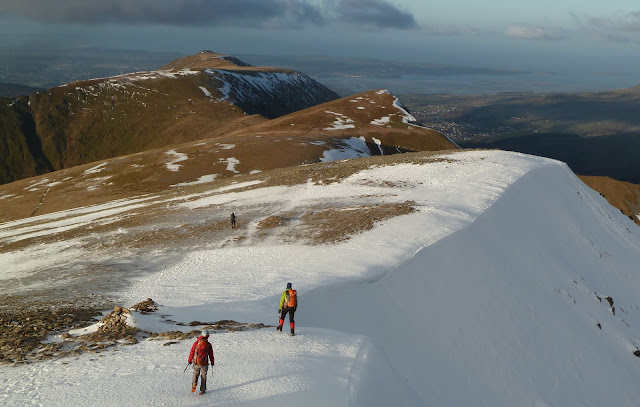 Check out those Predators 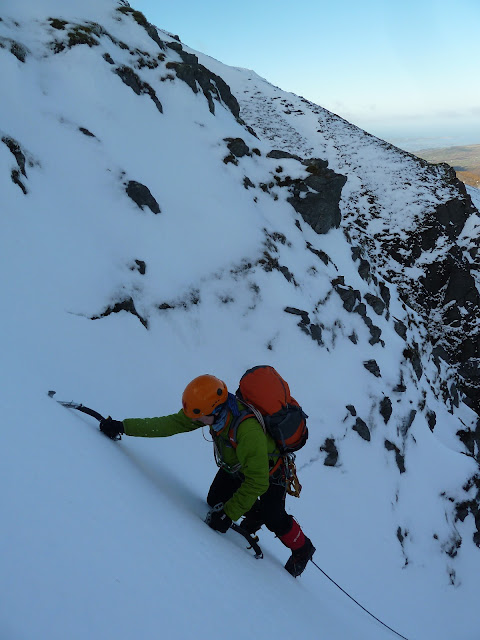 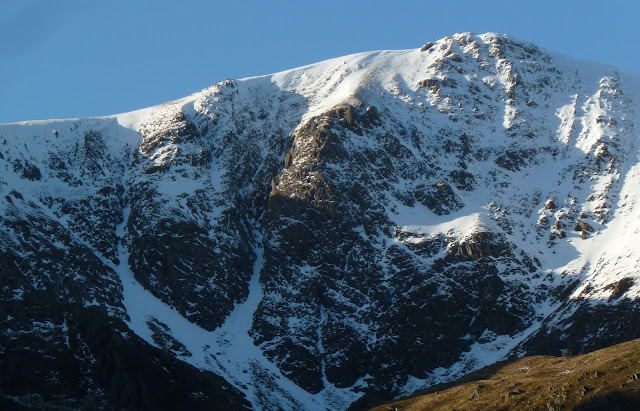 Posted by Mark Baggy Richards at 21:11