The buzz has started

Even though we only have a dusting, I have already had quite a few e mails, giving updates and pictures. So thanks for these and seems the blog is up and live again, i.e winter reports once again coming in.

This morning [Monday]the hills had a little more snow and lower down to about 500ms. 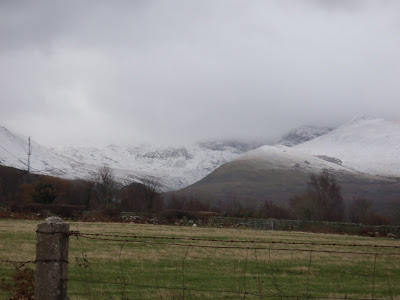 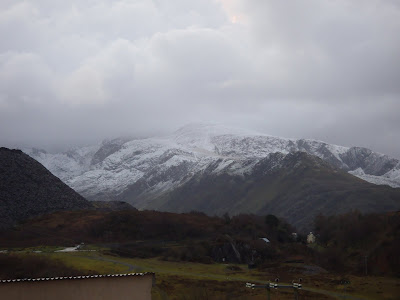 The day delivered a few more snow and hail showers with this picture and report from Hew Gilbert this afternoon.

I took a speculative look into Cwm Glas this morning.[Monday ] Clogwyn y Person Arete was all good fun, As expected little ice is forming and none of the turf was frozen, mind you our route was all rock.

Think we'll have to wait a while for anything other than these non-turfy buttress routes to come in, at least it's a start though. As I used to think before the mini ice age 'anything before Christmas is a bonus'.

Posted by Mark Baggy Richards at 20:31