Filling in the Gaps under everyones nose

It might be thawing here in North Wales, but reports still keep coming in regards a variety of excellent new routes. Not many gaps left up here ( Grib Y Ddysgl )  but Gaz managed to claim the last few.

Varied climbing and something of interest on each pitch.  Start below the snowy groove just right of Gargoyle Route and to the left of a small overhang.

Pitch 1, 25m: Steep initial moves lead into the snowy groove. Head up and right on easier ground to belay on the first rock encountered below the overhanging chimney.
Pitch 2, 20m: Turf and rock steps up and right lead to a snowy ledge below a shallow chimney. Interesting moves and spike belay on left at the top.
Pitch 3, 15m: Step back right and positive moves over the jammed boulders and spikes, ledge then up and right again until below a steep headwall. Easy traverse left to boulder belay.
Pitch 4, 15m: Climb the slab up and right until final moves lead onto the arete.

A direct line up the crag. There are two grooves to the right of Three Cave Gully Start on the slightly more open second groove.

Pitch 1: 25m Follow the groove for a few moves, step left on the ledge and continue up the groove system. Belay on the ledge below a steep sweep of rock.
Pitch 2: 20m Step left and make some steep moves into the continuing groove line. Spaced gear but positive climbing leads to a ledge on the left and belay.
Pitch 3: 22m Step back right and follow a couple of steep steps until it flatens out onto easier ground.
Pitch 4: 25m Easy ground leads up to the remaining rock steps and Clogwyn y Person Arete. 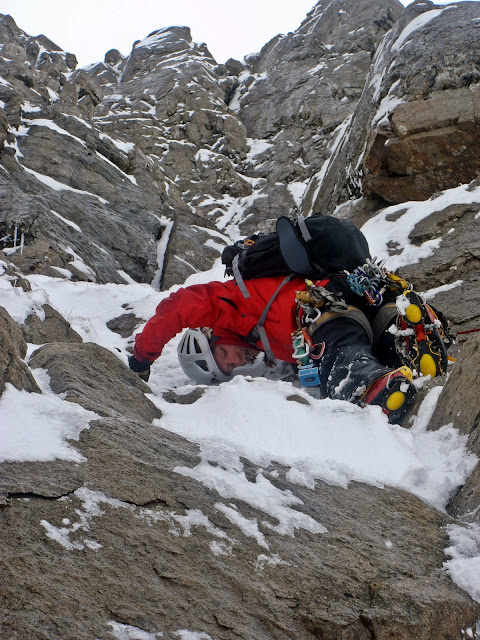 Now for a even more rare posting. Due to recent conditions other areas have seen action

Just a quick description, not too sure about the grades, neither me or Martin have much experience at the grade, definitely felt harder than III. Pitch 3 had two steep steps first vertical on snow for 2m, after snow for a bit second step of about 2-3m vertical climbing up 3 overhanging 'cauliflowers', easing to belay. Pitch 4 easy snow, ice near vertical up corner for 13m??, easing again to snow slopes above. A cracking day out, proper adventure, seeing as looking at it I thought probably about a II (possibly I, possibly III), I had a bit of a surprise coming over the steepness on pitch 3 to catch a glimpse of the steepness above. Pitch lengths also a bit of a guess based on recollections of rope used.

Needs good hard snow, and well formed ice for the crux pitch, both rare commodities round these parts. It is situated directly west of the north summit of Moel Lefn, and south of craig Cwm Trwsgl. Start just left of a wall, immediately below the invitingly obvious gully, which cuts directly through an imposing buttress (about SH 548 487) 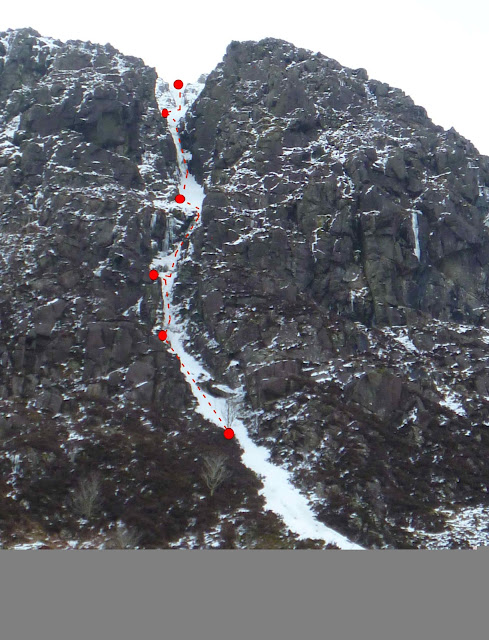 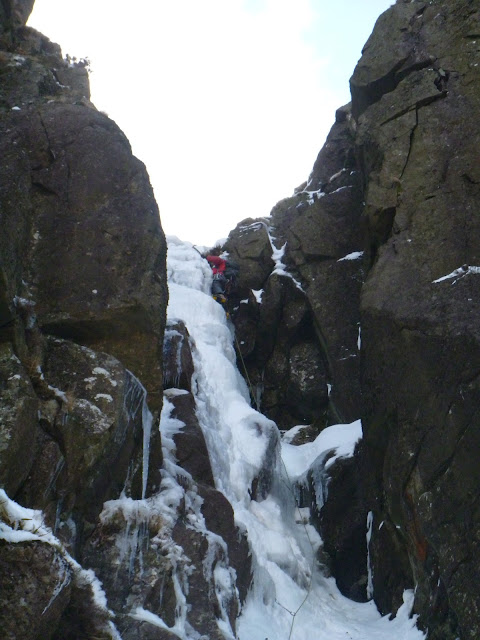 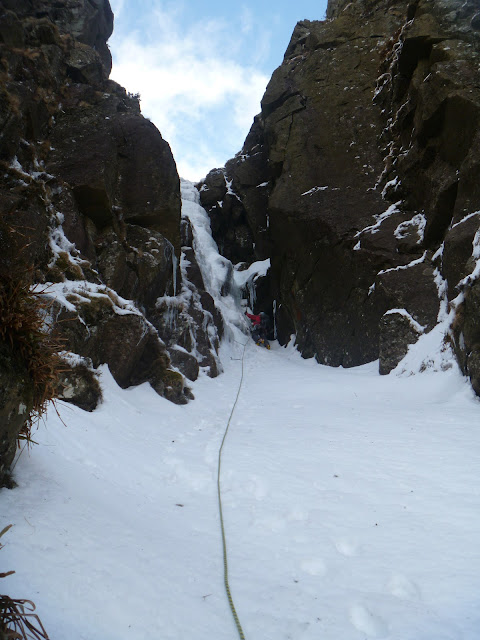 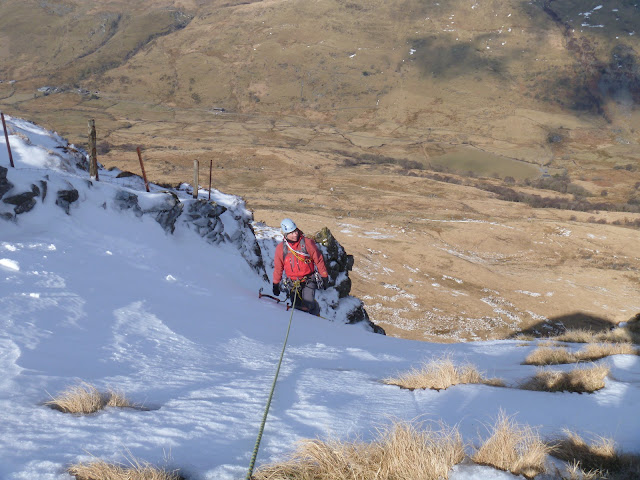 Posted by Mark Baggy Richards at 12:52

I think your blog is very powerfull to me. We have hope that u can keep up the good job. Will u please take a look at our page also?
Climbing Equipment Ladders